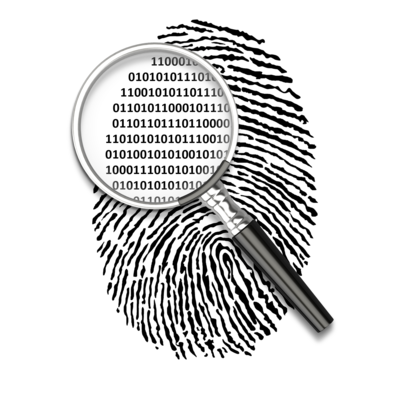 With the pace at which the social, mobile, analytics and cloud (SMAC) stack is evolving, IT departments must quickly adopt their security monitoring and prevention strategies to match the ever-changing networking landscape. By the same token, network monitoring solutions (NMS) developers must balance a tightrope of their own in terms of providing the detail and visibility their users need, without a cost to network performance. But much of security forensics depends on the ability to drill down into both live and historic data to identify how intrusions and attacks occur. This leads to the question: what is the right balance between collecting enough data to gain the front foot in network security management, and ensuring performance isn’t compromised in the process?

Effectively identifying trends will largely depend on the data you collect

Trend and pattern data tell Security Operations Center (SOC) staff much about their environments by allowing them to connect the dots in terms of how systems may have become compromised. However, collecting large portions of historic data requires the capacity to house it – something that can quickly become problematic for IT Departments. Netflow data analysis acts as a powerful counterweight to the problem of processing and storing chunks of data, since it collects compressed header information that is far less resource-intensive than entire packets or investigating entire device log files, for example. Also, log files are often hackers’ first victims by way of deletion or corruption as a means to disguise attacks or intrusions. With NetFlow Auditor’s ability to collect vast quantities of uncompromised transaction data without exhausting device resources, SOCs are able to perform detailed analyses on flow information that could reveal security issues such as data leaks that occur over time. Taking into account that Netflow security monitoring can easily be configured on most devices, and pervasive security monitoring becomes relatively easy to configure in large environments.

Netflow, when retained at high granularity, can facilitate seamless detection of traffic anomalies as they occur and when coupled with smart network behavior anomaly detection (NBAD), can alert engineers when data traverses the wire in an abnormal way – allowing for both quick detection and containment of compromised devices or entire segments. Network intrusions are typically detected when data traverses the environment in an unusual way and compromised devices experience spikes in multiple network telemetry metrics. As malicious software attempts to siphon information from systems, the resultant increase in out-of-the-norm activity will trigger warnings that can bring SOC teams in the loop of what is happening. IdeaData’s NetFlow Auditor employs machine learning that continuously compares multi-metric baselines against current network activity and quickly picks up on anomalies overlooked by other flow solutions, even before they constitute a system-wide threat. This type of behavioral analysis of network traffic places security teams on the front foot in the ongoing battle against malicious attacks on their systems.

Network metrics are being generated on a big data scale

Few things can undermine a network’s performance and risk more than a monitoring solution that strains to provide anticipated visibility. However, considering the increasing complexity of distributed connected assets and the ways and speed in which people and IoT devices are being plugged into networks today, pervasive and detailed monitoring is absolutely crucial. Take the bring your own device (BYOD) phenomenon and the shift to the cloud, for example. Networking and security teams need visibility into where, when, and how mobile phones, tablets, smart watches, and IoT devices are going on and offline and how to better manage the flow of data to and from user devices. Mobile devices increasingly run their own versions of business applications and with BYOD cultures somewhat undermining IT’s ability to dictate the type of software allowed to run on personal devices, the need to monitor traffic flow from such devices – from both a security and a performance perspective – becomes clear.

General Netflow performance analytics tools are capable of informing NOC teams about how large IP traffic flows between devices, with basic usage statistics on a device or segment level. However, when network metrics are generated on a big data scale, traffic anomalies that require SOC investigation get lost in leaky bucket sorting algorithms of basic tools. Detecting the real underlying reasons for traffic degradation or identifying risky communications such as Ransomware, DDoS, slowDoS, peer-to-peer (p2p), the dark web (ToR), and having complete historical visibility to trackback undesirable applications become absolutely critical, but far less difficult, with NetFlow Auditor’s ability to easily provide information on all of the traffic that traverses the environment.

Thanks to Netflow and the unique design and multi-metric approach that IdeaData has implemented, as systems evolve at an increasing rate, it doesn’t mean you need to re-invent your security apparatus every six months or so. NetFlow Auditor’s ubiquity, reliability, and flexibility give NOC and SOC teams deep visibility minus the administrative overheads in getting it up and running along with collecting and benefiting from big flow data’s deep insights. You can even fine-tune your monitoring to give you the right granularity you need to keep your systems safe, secure, and predictable. This results in fewer network blind spots that often act as the Achilles Heel of the modern security and network experts.

On the other end of the scale, Netflow analyzers – in their varying feature sets – give NOCs some basic ability to collect, analyze, and detect from within-the-top bandwidth metrics which some engineers may still believe is the most pertinent to their needs. Once you’ve decided on the data you need today whilst keeping an eye on what you need tomorrow, it’s now time to choose the collector that does the job best.