What is NetFlow & How Can Organizations Leverage It? 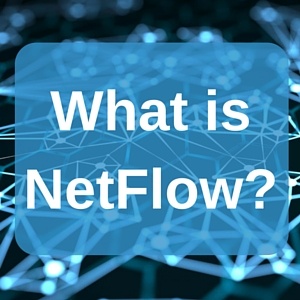 NetFlow is a feature originally introduced on Cisco devices (but now generally available on many vendor devices) which provides the ability for an organization to monitor and collect IP network traffic entering or exiting an interface.
Through analysis of the data provided by NetFlow, a network administrator is able to detect things such as the source and destination of traffic, class of service, and the causes of congestion on the network.

NetFlow is designed to be utilized either from the software built into a router/switch or from external probes.

The purpose of NetFlow is to provide an organization with information about network traffic flow, both into and out of the device, by analyzing the first packet of a flow and using that packet as the standard for the rest of the flow. It has two variants which are designed to allow for more flexibility when it comes to implementing NetFlow on a network.

NetFlow was originally developed by Cisco around 1990 as a packet switching technology for Cisco routers and implemented in IOS 11.x.

The concept was that instead of having to inspect each packet in a “flow”, the device need only to inspect the first packet and create a “NetFlow switching record” or alternatively named “route cache record”.

After that that record was created, further packets in the same flow would not need to be inspected; they could just be forwarded based on the determination from the first packet. While this idea was forward thinking, it had many drawbacks which made it unsuitable for larger internet backbone routers.

In the end, Cisco abandoned that form of traffic routing in favor of “Cisco Express Forwarding”.

However, Cisco (and others) realized that by collecting and storing / forwarding that “flow data” they could offer insight into the traffic that was traversing the device interfaces.

At the time, the only way to see any information about what IP addresses or application ports were “inside” the traffic was to deploy packet sniffing systems which would sit inline (or connected to SPAN/Mirror) ports and “sniff” the traffic.  This can be an expensive and sometimes difficult solution to deploy.

Instead, by exporting the NetFlow data to an application which could store / process / display the information, network managers could now see many of the key meta-data aspects of traffic without having to deploy the “sniffer” probes.

Routers and switches which are NetFlow-capable are able to collect the IP traffic statistics at all interfaces on which NetFlow is enabled. This information is then exported as NetFlow records to a NetFlow collector, which is typically a server doing the traffic analysis.

Security Event Logging was introduced on the Cisco ASA 5580 products and utilizes NetFlow v9 fields and templates. It delivers security telemetry in high performance environments and offers the same level of detail in logged events as syslog.

Standalone Probe-Based Monitoring is an alternative to flow collection from routers and switches and uses NetFlow probes, allowing NetFlow to overcome some of the limitations of router-based monitoring. Dedicated probes allow for easier implementation of NetFlow monitoring, but probes must be placed at each link to be observed and probes will not report separate input and output as a router will.

An organization or company may implement NetFlow by utilizing a NetFlow-capable device. However, they may wish to use one of the variants for a more flexible experience.

By using NetFlow, an organization will have insight into the traffic on its network, which may be used to find sources of congestion and improve network traffic flow so that the network is utilized to its full capability.