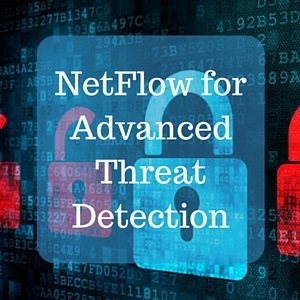 Businesses spend a lot of effort and expense setting up their networks to provide all the data flows and applications necessary so that their employees are very productive in performing their tasks.

These networks are vital assets to the business and require absolute protection against unauthorized access, malicious programs, and degradation of performance of the network. It is no longer enough to only use Anti-Virus applications.

By the time malware is detected and those signatures added to the antiviral definitions, access is obtained and havoc wreaked or the malware is buried itself inside the network and is obtaining data and passwords for later exploitation.

An article by Drew Robb in eSecurity Planet on September 3, 2015 (https://www.esecurityplanet.com/network-security/advanced-threat-detection-buying-guide-1.html) cited the Verizon 2015 Data Breach Investigations Report where 70 respondents reported over 80,000 security incidents which led to more than 2000 serious breaches in one year.

The report noted that phishing is commonly used to gain access and the malware  then accumulates passwords and account numbers and learns the security defenses before launching an attack.  A telling remark was made, “It is abundantly clear that traditional security solutions are increasingly ineffectual and that vendor assurances are often empty promises,” said Charles King, an analyst at Pund-IT. “Passive security practices like setting and maintaining defensive security perimeters simply don’t work against highly aggressive and adaptable threat sources, including criminal organizations and rogue states.”

So what can businesses do to protect themselves? How can they be proactive in addition to the passive perimeter defenses?

The very first line of defense is better education of users. In one test, an e-mail message was sent to the users, purportedly from the IT department, asking for their passwords in order to “upgrade security.” While 52 people asked the IT department if this was a real request, 110 mailed their passwords right back. In their attempts to be productive, over half of the recipients of phishing e-mails responded within an hour!

Another method of advanced threat protection is NetFlow Monitoring.

IT department and Managed service providers (MSP’s), can use monitoring capabilities to detect, prevent, and report adverse effects on the network.

Traffic monitoring, for example, watches the flow of information and data traversing critical nodes and network links. Without using intrusive probes, this information helps decipher how applications are using the network and which ones are becoming bandwidth hogs. These are then investigated further to determine what is causing the problem and how best to manage the issue. Just adding more bandwidth is not the answer!

IT departments review this data to investigate which personnel are the power users of which applications, when the peak traffic times are and why, and similar information in addition to flagging and diving in-depth to review anomalies that indicate a potential problem.

If there are critical applications or services that the clients rely on for key account revenue streams, IT can provide real-time monitoring and display of the health of the networks supporting those applications and services. It is this ability to observe, analyze, and report on the network health and patterns of usage that provides the ability to make better decisions at the speed of business that CIO’s crave.

CySight excels at network Predictive AI Baselining analytics solutions. It scales to collect, analyze, and report on Netflow datastreams of over one million flows/second. Their team of specialists have prepped, installed, and deployed over 1000 CySight performance monitoring solutions, including over 50 Fortune 1000 companies and some of the largest ISP/Telco’s in the world. A global leader and recognized by winning awards for Security and Business Intelligence at the World Congress of IT, IdeaData is also welcomed by Cisco as a Technology Development Partner.